We are delighted to announce that BeyondCurious is featured in Google's 2013 Economic Impact Report.

The report explores how growing businesses leverage Google’s tools to expand their reach and online presence. We’re thrilled about Google’s write-up and we're grateful for all of their amazing services. Read the article below or view it on Google's website here: http://goo.gl/gEV1Sz 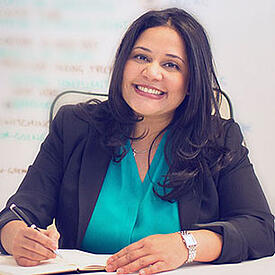 "Nikki Barua and Vishal Agarwal were senior executives with flourishing careers at digital agencies when they noticed the growing disconnect between the traditional approach of large brands and the rapid innovation of Silicon Valley. They saw an opportunity to fill that widening gap by helping large brands disrupt themselves before they get disrupted.

In October of 2011, they founded BeyondCurious with no clients or capital, just a grand vision for their new company. In a few short months they were already profitable. Now, less than three years later, BeyondCurious – an “Innovation Consultancy” – has realized its vision of helping large brands make innovation an everyday occurrence instead of an occasional event. Their success is astounding with more than fifty team members, millions in revenue, and a growth rate of 500 percent year over year.

Building mobile and tablet applications that solve business problems for leading brands is a key focus for BeyondCurious. Android apps account for as much as fifty percent of their revenue, and they are quickly becoming a core part of their business. “In fact, as we’re projecting forward we’re seeing that grow even more,” Nikki says.

Operating as an entirely cloud-powered business, BeyondCurious has successfully leveraged an extensive list of Google products to scale globally while competing with multibillion-dollar agencies. Google Docs enables them to seamlessly collaborate with teams around the globe. AdWords, Google’s advertising program, and Google Analytics have become valuable tools for testing new sales and marketing strategies. At the same time, YouTube and Google+ have been integral to building a strong brand. “We were scrappy and took advantage of everything that was out there; it really leveled the playing field,” notes Nikki.

Growth shows no signs of slowing down: Nikki expects to triple her team size by next year and is counting on Google’s products to help her company tackle the challenges that come with such rapid success."