Creative Misuse: How My Activity Tracker Is Helping Me Recover from a Brain Injury 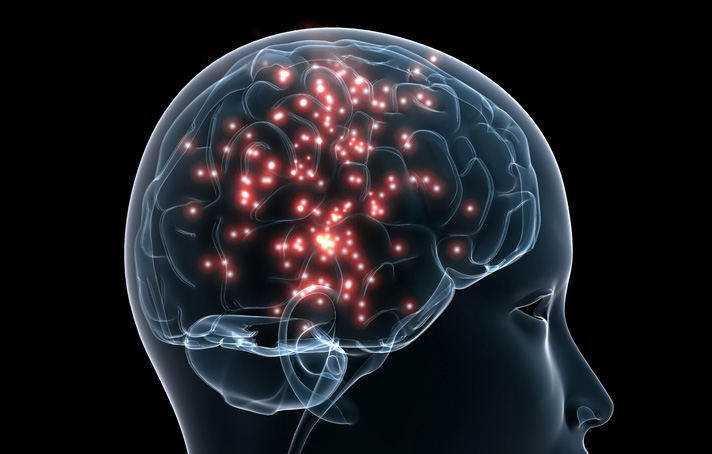 Last year I sustained a moderate concussion as a result of a car accident. The word “moderate” in this case is misleading; a minor concussion heals in 6-8 weeks, but it can take 6-8 months for a moderate concussion to resolve. In the meantime, the concussed individual suffers a host of immoderate inconveniences, including everything from headaches and photophobia to memory loss and depression.

One of my most troubling symptoms was that my normal amount of physical activity was contributing to my adverse symptoms. How do I know this? And how was I able to curtail my activity and give my brain the rest it needed? Ironically, thanks to my fitness tracker. 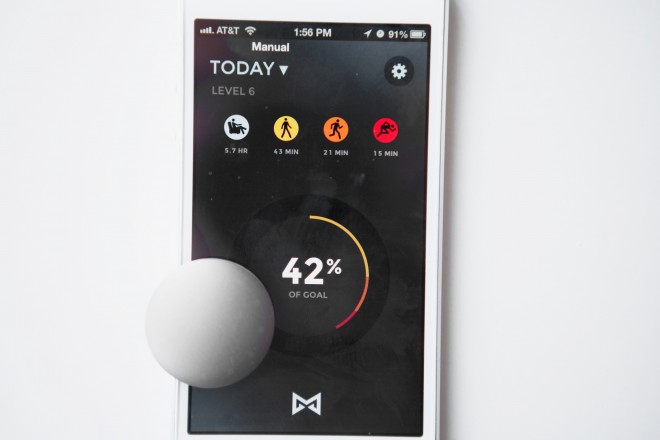 I wear a Misfit Shine. Because I have been wearing it fairly regularly for many months, I have a reliable baseline; during the week I walk about 2 miles a day, and on the weekends that doubles. Relatively early on in my healing process, I noticed that the day after a walk, my symptoms were crippling. Exercise is universally touted as a cure-all, so I had trouble believing that my symptoms were worse because I had increased my circulation. So I tested it. I went on a short walk. Sure enough, the next day, my head felt like it was split open, I was foggy, and I couldn’t bear light. The data doesn’t lie; exercise hurt my head.

My activity tracker not only helped me self-diagnose, it also helped me self-monitor. Once I recognized the correlation between exercise and subsequent pain, I was able to consciously curtail my activity. Now, instead of trying to hit my daily points, I try to come in under my daily target. And as I have started to recover, my tracker has helped me continue to restrain myself, building up very slowly back to my baseline.

Work-arounds Inspire Innovation
Fitness trackers are meant to encourage activity, not limit it. I admit that our problem as a society is not that we are too active; there is not an overwhelming business case for producing activity trackers to increase sedentary behavior. But my creative misuse of my activity tracker got me to thinking about the way that wearables are currently developed and positioned, and made me wonder about ways that wearables might develop that would surprise and delight makers, giving us new and better products.

Good design researchers have been observing behavior and coming up with new ways to solve unmet needs for a long time. In my career I’ve seen all sorts of opportunistic, unusual, work-around behavior, or off-brand uses for products that have actually inspired entirely new product categories. But the thing that IS new here is the category itself. Wearable tech is still in its infancy—there are so many as yet undreamed of possible opportunities to extend technology in service of the wearer.

That potential is even more exciting when you consider that wearables aren’t just about things you wear on your body anymore, as the discussion about wearables is increasingly becoming one about the Internet of Things. In other words, given the current trajectory, some day soon, my fitness tracker will interact with a host of other devices, systems, and networks. So what are people doing with their wearables? How are people breaking the boundaries of this initial set of wearables, and adapting to their own needs? And how could that set of work-arounds affect what the Internet of Things will enable for us as individuals and as a society?

Creative Misuse and User Control
The Internet of things will undoubtedly change us, and we will symbiotically influence and adapt what the products were made for to our own purposes. But in the meantime, makers are hacking wearables to give themselves more control over their environments.

For example, I recently heard about Becky Stern’s “TV be Gone.” It’s essentially a remote control that turns off noiseome TV’s in public places. Pair it with the Zipper Switch, a switch built into a jacket’s zipper, and you can unobtrusively control your environment. I’m going to get one next time I’m in the neurologist’s office and they’re playing “The Three Stooges” on the waiting room TV (true story), I will simply zip my jacket, and those loud, annoying stooges will magically disappear.

IOT
Another critical example of how wearables and the IOT could give people more control over their environment is the driverless car, or autonomous vehicle. It may be counter-intuitive to think of the autonomous vehicle as giving the user more control over the environment. But after you’ve been in the middle of a 5-car pile up on the 405, you realize how little control you have over other drivers’ actions. Now that I’ve had a concussion, a subsequent concussion could cause permanent brain damage. What if, in the autonomous vehicle future, I could program a little extra buffer between myself and other vehicles? Sebastian Thrun, helped build Google’s driverless car because a friend was killed in a car accident. So maybe someday in the not-too-distant future, there will be fewer car accidents, fewer injuries, and concussions. But until then, I’ve got my TV be gone and my activity tracker.

As I mentioned in an earlier post, wearables are changing human behavior. But human behavior is also poised to influence wearables and the Internet of Things in ways that could benefit ordinary people in extraordinary ways. For that to happen, we have to have the imagination and agency to use things in unexpected ways, and to not accept products or systems as they are given to us, but rather take a hacker/maker/activist mindset.

I’d love to hear more about the ways other people are making wearables their own. So tell me, how are you hacking your wearable?