Momentum Matters: Why Momentum is the New Success Metric 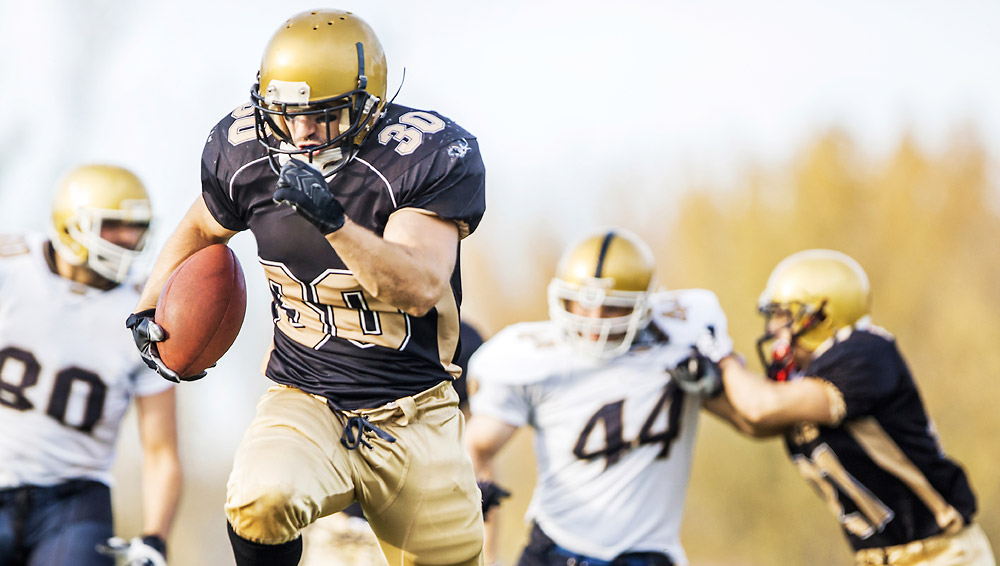 Our culture is rampant with references to momentum: a sports team has “momentum going into the playoffs”; a business has “momentum following a successful IPO”; and an Internet meme or viral video “gains momentum through virtual and real word-of-mouth”. In all of these situations – even physics - momentum is understood to be like riding a wave. Somehow, that team or company has harnessed a kind of power and is being propelled forward beyond the competition. In business, if you have momentum, you will be a market leader. What do companies like Uber, Apple, and GoPro have in common? Aside from being successful brands, they have momentum. Brands with momentum dictate the terms for the market and their competitors and attain powerful and profitable leadership positions.

How do you measure momentum in business?

In physics, momentum is described as mass in motion. Specifically, momentum equals mass times velocity (p=mv). At BeyondCurious, we describe velocity as time to market, while a brand’s mass can be expressed in a number of ways. Typically measurements of mass include: quarterly sales, market capitalization, size of audience or customer base, number of products, number of stores, etc. Thus, momentum can be expressed in a number ways. It is a standard metric at BeyondCurious that we use as a benchmark of success.

At BeyondCurious, we believe innovation is the fuel of momentum: both large and small innovations, both disruptive and everyday innovations. It is for this reason that we define ourselves as an innovation consultancy. Our business purpose is to enable momentum-building innovation for our clients that propels them into a leadership position. 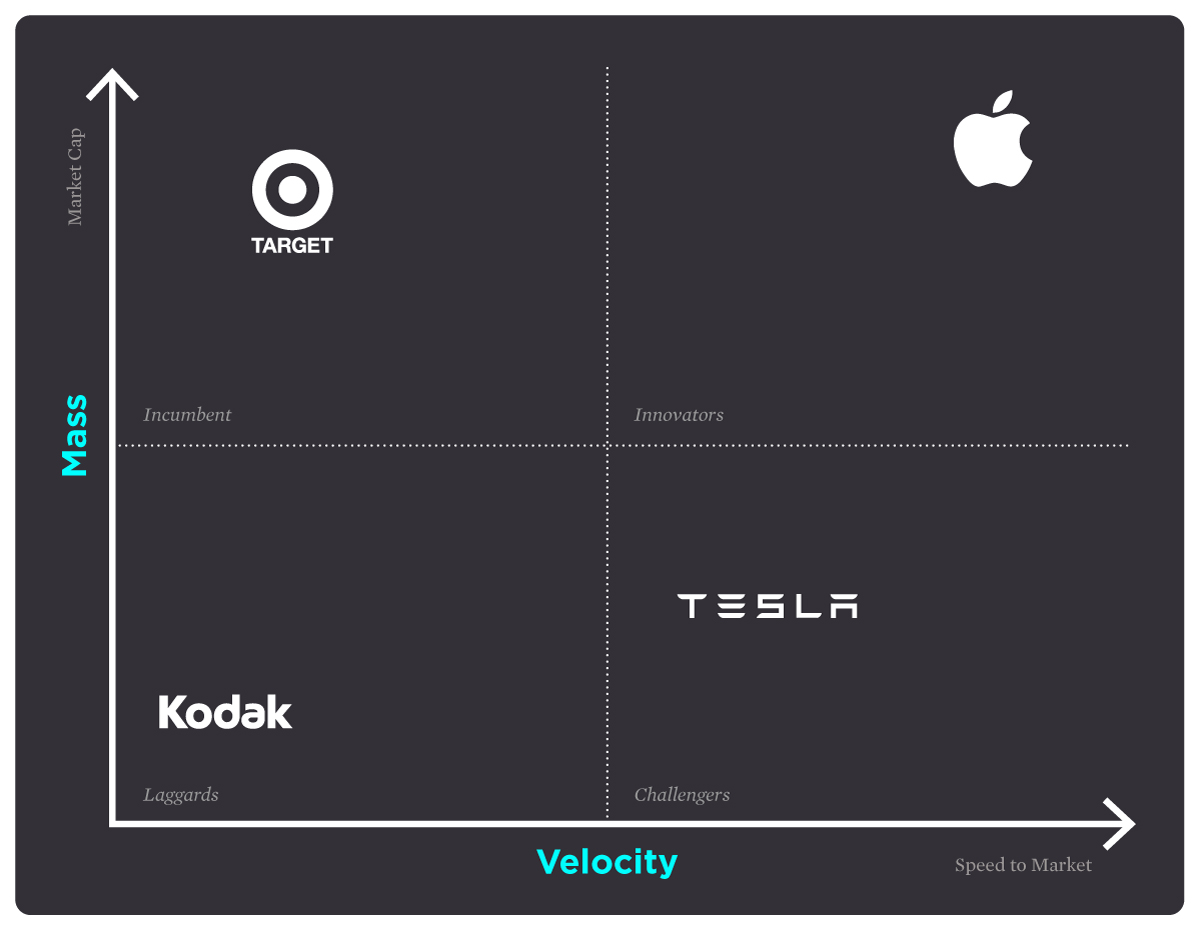 As you can see, leading brands – the innovators in our quadrant – have both mass and velocity. Incumbents have great mass, but lower velocity (due to mainly to “big brand complexity”). Challengers typically have high velocity but lower mass (as they work to expand their audience and financial attributes). Laggards, unfortunately, have low mass and low velocity (this is where big brands go to die or small brands simply “fail to launch”). Here are four key examples:

Innovator: Apple
Apple has very high velocity and strong mass, dominating the markets it operates in.

Incumbent: Target
Target has excellent mass but has lost velocity especially with recent financial setbacks such as the closing of Target stores in Canada.

Laggard: Kodak
Kodak dominated its category with market leading products and but was left behind when it failed to sustain innovation.

Using momentum as a framework helps a business understand itself. Uber has exploded in recent years using disruptive innovation to decentralize personal transit with a mobile app and a new definition of self-employment. But will Uber continue to overcome new challenges? What about Microsoft? The once mighty tech giant failed to innovate and watched its software market share get gobbled up by Apple and Google.

The innovators change their landscape entirely. They force everyone to play on the field they have created. Famously, Henry Ford didn’t create a better horse carriage; he made them irrelevant. When you control innovation – both disruptive and everyday innovations - you create and ride your own momentum.

How can you gain marketplace momentum?

To gain marketplace momentum, companies must focus on enabling everyday innovation. The impact of cumulative results will yield something greater than a one-time result. That’s why we developed an innovation framework called CatalystGo. It’s our responsive framework for innovation that empowers you to jumpstart an idea through generative activities, shape and test it through evaluative activities, and finally to activate the idea through detailed production activities. CatalystGo helps brands make innovation an everyday occurrence, rather than an occasional event.

You’re going to be hearing more about CatalystGo in coming weeks, and we’ll continue to share additional ideas on how brands can build and sustain momentum. Whether you employ a formal process, it’s important that you recognize the significance of momentum if you want to set the rules for yourself and your competition.