Get GLAZED: Kyle Ellicott on the Business of Wearable Technology

Wearable Technology has captured the public imagination, raising hopes, fears, and expectations. While there has been much speculation about the capabilities of next generation wearables, their potential applications, and the issues they raise, there has been much less discussion about how the business of wearables will develop and evolve. Attempting to ramp up that conversation, Kyle Ellicott Co-Founded the GLAZED conference, a conference dedicated to the business of wearable technology. I talked to Ellicott for his perspective on the conference and the future of wearable technology.

What inspired you to organize the GLAZED Conference?
When my partner Redg Snodgrass and I built Stained Glass Labs (a wearables incubator) we began noticing how disconnected the wearable ecosystem is from the business-focused discussions that are necessary to make the ecosystem move forward. Hence this is a conference around the "Business" of wearable technology. We are bringing together the people who were successful at launching the iPhone, Facebook, and mobile with wearable tech's thought leaders to come up with answers to the hard questions. Questions like, "How are we going to make money?" "What applications will work for end users?" and, "How are we going to launch and what platforms make the most sense?"

How did you choose speakers?
My Co-Founder Redg has helped choose the strategic direction for speakers at tier one conferences like MobileBeat, GROW and Mobile Summit for the past three years. Building on that experience, we've spent a great deal of time trying to come up with criteria that will foster a conversation that drives real outcomes for the industry. We have speakers such as Yobie Benjamin of Citibank, Bram Cohen of BitTorrent, Manish Chandra of Poshmark, and Roger Dickey, founder of Mafia Wars. All of these people have been major players multiple times over in mobile, and we believe they will pass on the wisdom to help make the audience successful as the wearable technology market emerges.

What would make the conference a success in your eyes? Attendance? Influence?
Honestly, the attendees walking away inspired to create, communicate, invest in, and be ready to build the next wave of technical ecosystems. We expect many of the folks in our audience will be the next Pandoras, the Angry Birds, and the Tapulous' of wearable technology. We hope they will get the confidence and advice they need to build and monetize in a more efficient way.

How do you think wearables will evolve?
Let me be clear, we watched the web be consumed by mobile. Now we think mobile will be consumed by wearables. Just as there were key players who couldn't make the transition from web to mobile, the same fall off will occur with mobile players who are unable to adapt their thinking to take advantage of this next evolution of technology.

What do you think wearable technologies' biggest challenge will be over the next year?
Wearable technology has been around for a long time. But if we are going to see wearables move to a tier one multi-billion dollar market we need business feedback and monetization to be inherent in these platforms. That is what drove the iPhone ecosystem with the launch of the Apple App Store back in 2007, and later the Android insurgence in 2008. Only this will allow for the exponential progression of the value of the market. 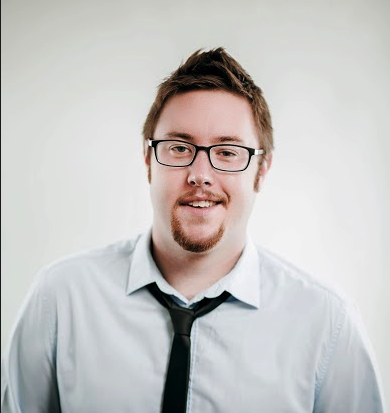 What is your personal goal for the conference?
I'm personally excited to get everyone together and talking. Something special happens when you put a large group of people with similar interests and drive together in the same room. The creations and businesses alone that will be sparked have me very excited.