Being at an innovation company not only provides the opportunity to imagine new products, but also allows you to re-imagine established ways of doing things. At BeyondCurious, we actively look for opportunity areas where we can drive extraordinary results.

We recently conducted an experiment to find ways to accelerate our product development lifecycle. Just like a client engagement, we formed a project team, defined clear objectives, established rules of engagement and set measures of success. We even gave it a name: JumpShot.

The rules of engagement were:

I interviewed one of the "investors," Nikki Barua (CEO of BeyondCurious), and team members Colin Magee and Max Goldman, to hear about what they learned from the experiment. This post focuses on the investor perspective; the next will focus on the team's perspective. 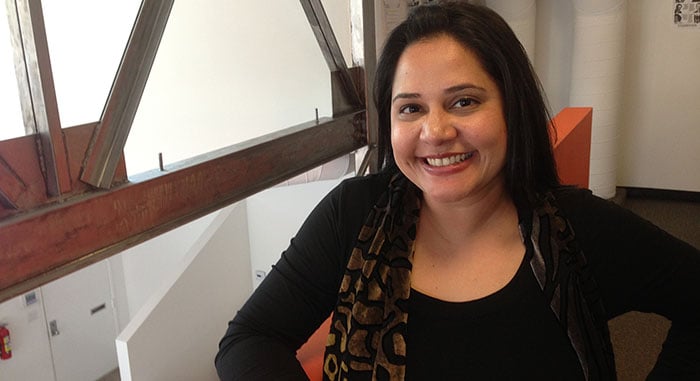 NB: Jumpshot was the code name of an experimental initiative at BeyondCurious. The purpose was to accelerate our product development lifecycle. The real purpose was to create an environment that pushes the creativity and resourcefulness of the team, while generating tangible results.

Can you explain your thoughts behind each of the rules of engagement above?

NB: Moonlighting would force Team JumpShot to prioritize and be highly efficient with their time. Setting up the construct of entrepreneur and investor required Team JumpShot to pitch their ideas to a demanding audience and defend their position. Getting no support from anyone else at BeyondCurious required them to apply their influencing and negotiation skills to get it. Making things happen in eight weeks required them to be decisive, focused and to break the rules. Finally, not getting any budget forced them to be highly resourceful and creative. They came up with a barter system and traded favors for design or dev time.

Why did you choose the team you chose?

NB: Achieving extraordinary results requires people to be unconventional, irreverent, and relentless. But the ability to do so stems from real passion for the subject. Colin and Max are passionate about product development and entrepreneurship. They also make a strong duo, complementing each other's strengths.

What did you hope the team would learn?

NB: Taking risks, being bold and decisive, influencing others, negotiating, being mavericks. Above all else, trusting each other and trusting themselves.

How did it feel being in the investor's position? What did you learn from being on that side of the fence?

NB: I really enjoyed my experience as an investor. At times it felt like an out of body experience -- witnessing the present as an observer from a whole new perspective. Decisions needed to be completely black and white. There was no room for "gray" areas -- either an idea was worth investing in or not. Focus, clarity, conciseness and value were all that mattered. It also became evident how much the strength of the team mattered -- perhaps even more than the idea itself.

It's interesting to hear that the strength of the team was more important than the idea. Can you say more about that?

NB: Great ideas fail without a great team. But a great team will eventually succeed even if they don't begin with a great idea. I will put my money on Team JumpShot. Every time.