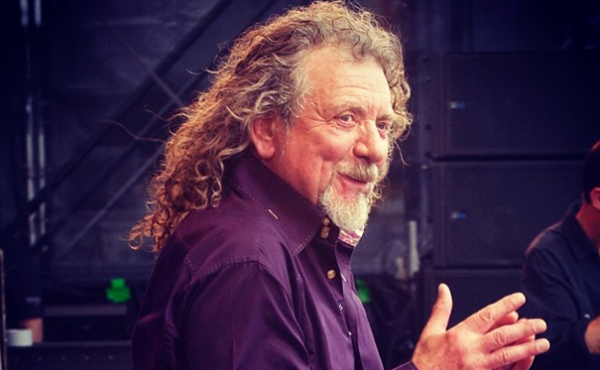 Brand reinvention sounds like a lofty, even noble concept. But adapting your brand to changing market conditions and customer behaviors is hard. Just ask Blockbuster (dead in the water) or The New York Times (fighting for its future). If you are a company faced with the daunting challenge of brand reinvention, a 66-year-old rock-and-roll singer has a few lessons for you. Robert Plant, once the living symbol of youthful hedonism during his days with Led Zeppelin, has successfully reinvented himself. As his body and voice have aged, his audience has changed, and the music industry has been upended, he is now receiving the best reviews of his career and selling strong as a solo artist. Here is his formula for success:

Plant's solution was to adapt, but not abandon, the sound he had created with Led Zeppelin. He took some of Led Zeppelins' influences -- such as Celtic, Arabic, country, blues, and folk -- and shaped them into a sound all his own, devoid of Zeppelin's riff-heavy, radio-friendly rock. For instance, he has recorded a commercially successful, Grammy-winning album of eclectic folk and Americana with blue-grass singer Alison Krauss, Raising Sand. His latest album, Lullaby and . . . the Ceaseless Roar, blends African, American country, blues, and Middle Eastern influences, and his adventurous sound is earning him the best reviews of his career.

Plant's musical journey certainly owes a debt to Led Zeppelin, which also explored a multitude of sounds, ranging from Middle Eastern ("Kashmir") to country folk ("Tangerine"). But Plant has built entire albums of songs that expand upon those moments of musical adventure into a sound that is distinctly his.

Plant's reinvention did not happen overnight. His first few albums as a solo artist were fairly straightforward rock and pop offerings, drawing heavily on the popular synth sounds that defined the 1980s (see "In the Mood"). He took his time easing listeners away from rock and into world beats, psychedelic, and new age as the 1980s progressed. His experiments were not always successful. Shaken 'n' Stirred, rife with off-kilter rhythms, was considered a commercial disappointment when released in 1985. But there was no going back to the old ways for Robert Plant because there was no literally turning back the clock. It probably took at least a decade before he had settled comfortably into a new sound that was to gain him commercial and critical success. In time, his acceptance as a solo musician -- not as the ex-Led Zeppelin front man -- would come, but not until he was well into his 40s, and he had lifelong experiences upon which to write fresh, new, and personal songs.

Lesson for brands: if you are committed to a brand reinvention, don't let pushback stop you, and be patient with change. Burberry's, for instance, endured six painful years of transition as the brand reinvented itself when Angela Ahrendts became CEO in 2006. And don't let critics lead you by the nose with their social media rants because you've introduced a new product or changed a longstanding service. People are creatures of habit. We need time to get used to new ways. By its nature, changing a brand means taking people to a new place.

Through his digital presence, Robert Plant tells the story of his own reinvention. On his YouTube channel, he recently uploaded a multi-part documentary (mostly self-shot) about a journey he took to Mali in order to participate in the Festival in the Desert. The footage tells a remarkable story of a musician learning at the feet of African musicians such as Malian multi-instrumentalist Ali Farka Toure. You can see him jamming around a campfire, immersed in the strings and chants that would later make their way into Lullaby and . . . the Ceaseless Roar. On Instagram and Tumblr, he shares a similar story, showing listeners into the influences on his music. He certainly shares more conventional content on digital channels like Twitter and Facebook -- a contest on Facebook, a fan Q&A on Twitter -- but you get the genuine story of his evolution through his visual storytelling abilities.

Lesson for brands: let your customers in, especially when you are changing. Be open and tell the story of your brand journey. For instance, Starbucks CEO Howard Schultz openly discusses the company's journey toward being a more sustainable, globally conscious brand.

What Is Your Reinvention Story?

Every brand has its own story of embracing change. Some are more successful than others. What all brands have in common, though, is the inevitability of change, especially in the digital age, where a company like Apple can disrupt industries with a single product release. You might be operating from a position of strength (e.g., Amazon) or fighting a battle because your customers' tastes are changing (as with McDonald's). The question is not if you will bring about a change to your brand, but how?